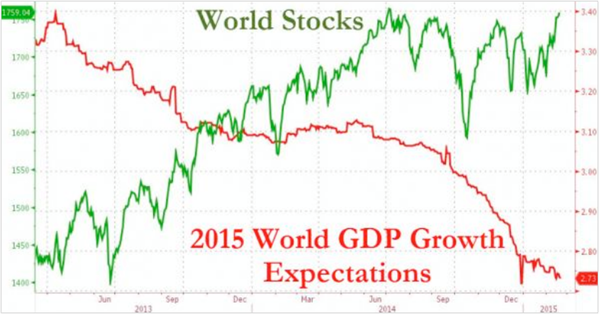 Alas, the typical last minute agreement after much discussion between the Eurozone and Greece Finance Minister – Yanis Varoufakis. Debt extension deals for another 4 months which will help repair the fragile confidence and push backward the inevitable tragedy for some time. Zero Hedge covered exclusively that “the Tsipras government now has to walk back essentially all the promises it made to the Greek people - promises which by some accounts amount to over €20 billion in additional spending - or the Troika, pardon Institutions, will yank the entire deal and the Grexit can then commence”. Eurozone cheered and equity market (Dow, S&P, Dax) rallied hard as we close the week despite the lack in volume and the rise was on the back of empty promises or rather a too big to fail equity market.

Simple irony here is that government continue to preach that reforms are needed among banks on “too big to fail” whilst ignoring the current equity market rally. This game has to continue for now with disastrous implications of more money printing, negative interest rates and big changes in government officials. Changes will remain slow and hard with no better alternatives around the game has to continue. We are not being a pessimist but rather a realists given the current discrepancy with what is being reported against the state on the ground.

We will not discount the fact that XAU could potentially hit the lower Bollinger bands at $ 1143 before a possible rebound. This cycle for further downside has opened up with the seller holding a much stronger stance given a stronger US dollar and equity market. Only a break above $ 1245 will give gold the opportunity to continue higher, possibly retesting $ 1260 and $ 1295 area. Ever since 2013 and throughout 2014, gold has not been able to trade above 100 WMA and only barely trade above 50 WMA which further argues a downside resumption from for 2015 set to continue. Even the daily DMAs are heading lower, building up a bearish picture for next week with a break and close below $ 1197 opening up to $ 1189 and $ 1177. 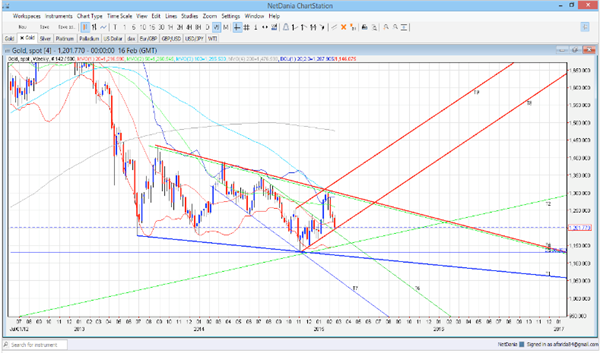 Commentary made last week confirmed our biased downside view with no upside action materialise despite trading higher “The upside is currently capped by 200 DMA at $ 17.43 and we felt that the start of next week could see silver prices testing lower before a possible retest to break above it. Break and close above $ 17.66 will allow the bulls to test $ 17.77 and previous high at $ 18.50. However, we remain biased for more downside as the weekly Bollinger band is starting to converge again. Our real concern remains at the long term downtrend line which could act as support and the lower Bollinger band may creep higher – possibly at $ 15.55 area. We see lower prices but well aware of the positive divergence in the weekly RSI.”

We continue to see $ 16.10 and $ 15.55 as potential targets for the bears to target before any real possibility of rebounding. Daily chart use of trend lines as well as reading of the candlesticks biased for further downside. This is despite divergence showed on the RSI which is holding on the rising trend line at 43. Break below this RSI will give the bear more selling rooms. 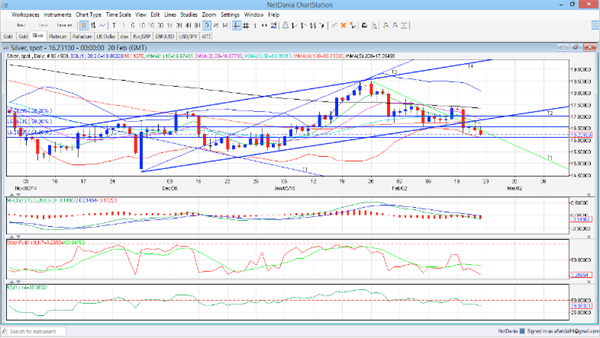 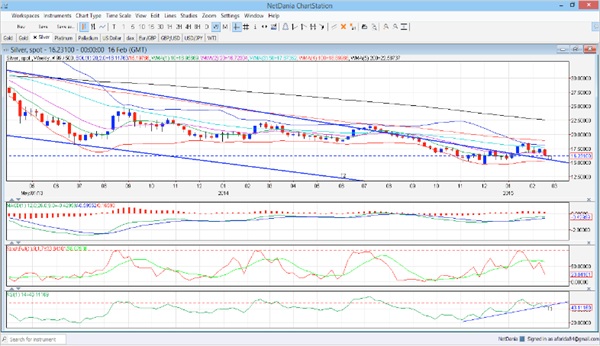 Previous trading view has been invalidated as Pt prices plummeted out of the range that it has been trading since October 2014. With the MACD crossing lower and a falling stochastic, we cannot rule out much lower prices. Despite that, we could see a slight rebound to test what was support now resistance at $ 1170 and $ 1184 area before resuming lower. 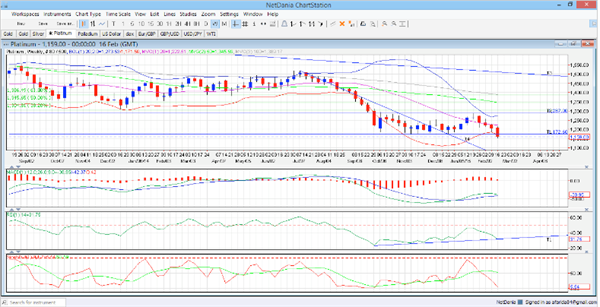 A bearish bear flag continue in this range trading – giving Palladium a true range to move about. The 100WMA provided support $ 765.99 for now and rebounded well to test higher numbers as well as forming a rather bullish hammer candlestick. If this range continues, a bounced off $ 765 area will give a reason for trader to aim $ 808 and $ 823 level which is the upper range. Last week price action was more of a pullback and only a break below $ 730 will favour us shorting the metal. 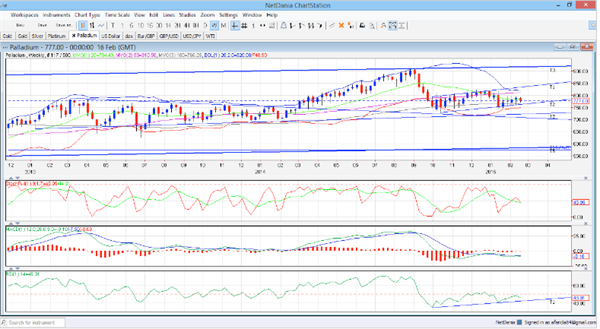