Gold & Silver; Where is the demand?

A slower than expected Chinese PMI numbers added more selling pressure on Silver. The industrial metal depends heavily on a better set of economic data to determine a higher demand. Meanwhile, Gold retested $ 1433 before giving back all its gain in the early Asian trading hours. The recent price rally was sustained by a strong physical demand as well as short covering rather than any real buying interest. This argument is further supported by the continuous outflow of gold backed ETFs. Reuters reported that the holdings on SPDR gold trust fell 1.63% to 1104.71 tonnes from the previous standing of 1123.06 tonnes. We have highlighted in our previous commentary the distortion between the strong physical demands against those on the outflow of money in ETFs. A probable explanation regarding the distortion is the growing distrust of ETF among long term investors who may have opted for physical product.

The battle between the bulls and bears continue to intensify. Gold bulls have retreated after the sharp selloff but bargain hunting at the low price has lifted the oversold market above the 38.2% Fibonacci retracement line. Prices have been consolidating after hitting a high of $ 1439. Meanwhile, the gold bear’s objective is to add selling pressure in an attempt to drag the price below $ 1400.00. After the recent selloff, the market is poised to break lower and technically, it continues to thread in a bear market. The recent rally is more of a short covering by the sellers and possibly relief long term investors to cut their previous holdings or initiate a new short position.

After a disappointing Chinese PMI numbers, gold headed lower and has been trading in a downtrend (see chart below). Prices did not manage to retest previous high at $ 1439; instead it only managed $ 1433 and went lower. There was a brief moment where gold retested the upper range of the downtrend before selling pressure took it lower. Technically, gold has retested the 38.2% Fibonacci retracement line and it may have had a good run. In many of our last commentaries, we have cautioned that prices may break higher but the market will resume lower after this rebound. At the moment, we are in the midst of this tight range and a break below $ 1404 will give the sellers more ammunition to push it lower. 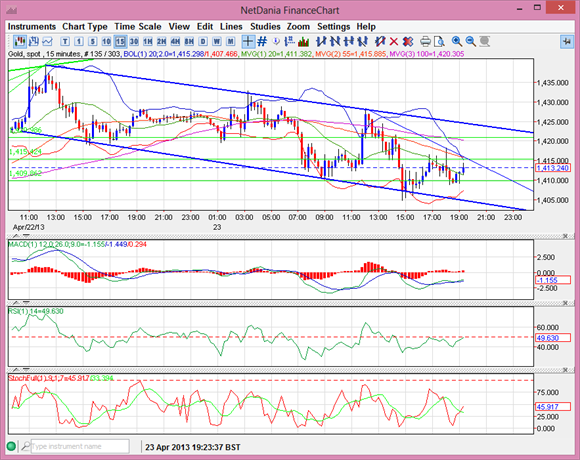 The worse than expected Chinese PMI data sent silver prices lower and it found support at $ 22.64 but put in a negative close. In our previous commentary, we warned - There is a lack of buying momentum to push the white metal higher. It is still consolidating after the major sell off but the lack of interest from new money may hinder any real progress. Given the recent weakness, we fear that silver could go much lower in search for a good support. We are not sure where the bottom lies but felt that it may retest previous low at $ 22.06. 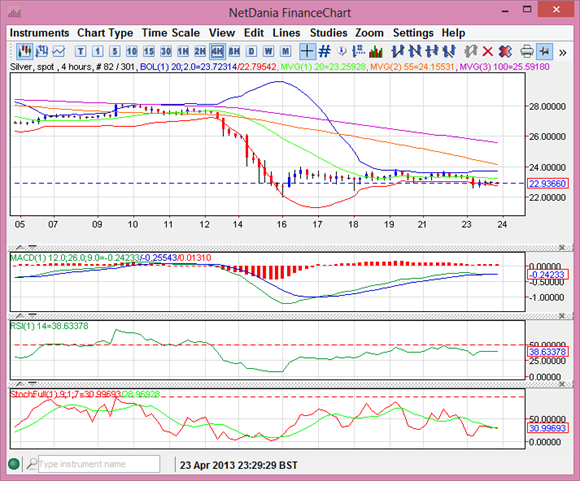