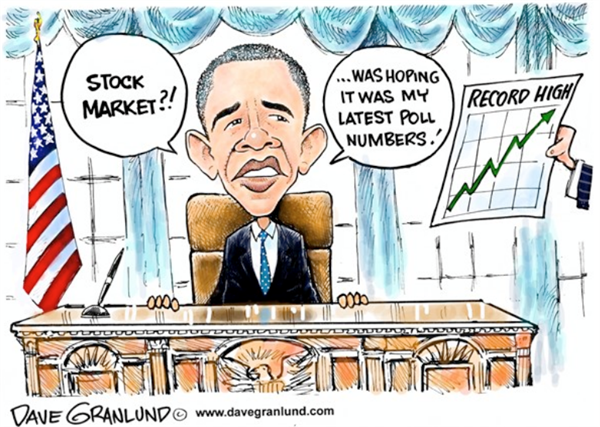 As we come to the end of April, we would like to remind our readers to stay cautious over the course of next week impending release of key economic data. We are also entering the month of May (Sell in May and Go Away) resonates again but where will that apply? Similar factors that we take into considerations are the strong dollar, deflation and rock bottom commodities market, all time high stock market, ongoing low interest rate and increasing concern in the bond market.

Starting with China current economy – hard landing has been evaded somehow but its existing policies comes at a great cost. We are seeing how China communist government is applying capitalism in the new normal fashion. Increasing debt level in its current stage is no problem since it has that capacity. Meanwhile, European leaders continue in their battle to love or loathe Greece. As a problem child, Greece leaders are playing a strong card – since there is nothing more to lose, they could enter negotiations with their creditors with threats. Neither side are ready to soften their stance thus no real solutions here as further deadlines are extended.

Meanwhile, the US dollar is softening as we draw closer to a potential rate hike in June. Previous economic data has certainly thrown a spin at the dollar bulls and we see increasing volatility in the market. Only time will tell when the Federal Reserve is ready for the minimal rate hike which many top hedge fund managers warned as a ticking time bomb.

After much hesitation, gold broke lower after rounds of fertile ground to break higher failed. Bulls failed to capitalise on the weaker dollar and correction in the equity market. Instead, price action has been stifled in a tight range and adds negative sentiment to the prospect of holding the non-yielding yellow metal. Weekly chart shows how price action is within a triangle down trend range and we noticed that the pattern often resonates in the same way. Somehow, this give us an insight with a possible view that April and May (possibly 1142 will hold) often lead to lower prices followed by a correction rally from June, July and ended in August (possibly as high as 1260). 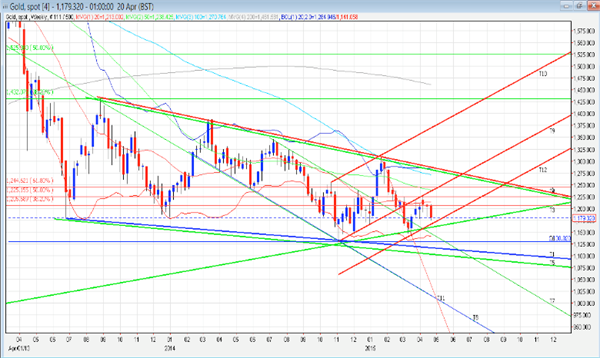 Noticed on the weekly chart how silver has created higher low and lower high. It has also break out of the long term down trend line but trading in a potential bear trap (symmetrical triangle pattern often suggest continuation of the trend). We are not ruling out lower prices could happen in the next few weeks but are wary at the extent of the selling that may dissipates. All eyes are on the US dollar and how Gold will react since Silver will follow its reaction. Should the June rate hike failed to materialise, dollar weakness should be supportive factor for silver to test higher prices. 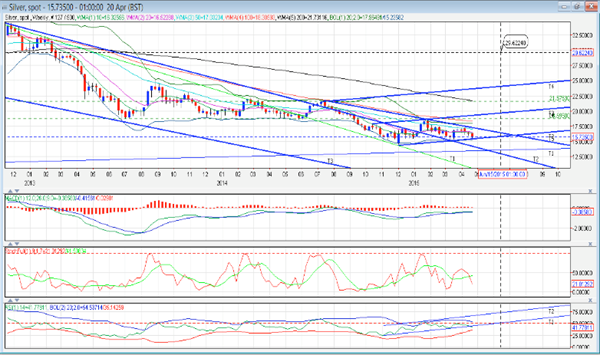 The weekly chart shows a strong rejection to break out of the current down trend line. With that, we will not rule out that any attempt to 1150 area is merely a corrective rally which we look to sell at strength. Should weakness continue then the lower Bollinger Band at 1100 is the next ideal target with the previous low of 1086.2 as the next target. 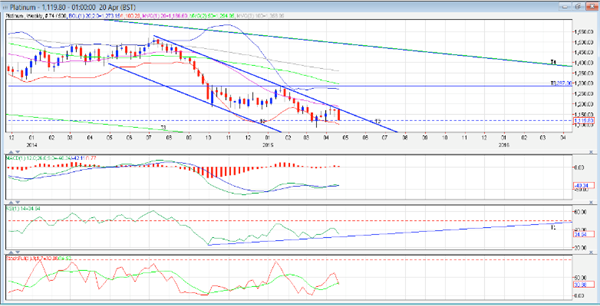 Weekly Chart – Trend line is so important here and Platinum continue to trade in this range as the bear resume its rout.

We took a big hit on the long on Palladium that did not work in our favour. Despite posting a strong hammer candlestick, price action over last week was bearish given the selloff in the commodities. We admit Palladium is a difficult market to trade in and will take the side line for now. Price has held again at 750 areas and it is not ready to close the gap at 740. Should price test 740 areas, we may consider a long position then.