Love it or hate it … you just cannot ignore gold … it is after all a “bellwether”.

Originally a bellwether was a bell tied around the neck of a castrated ram (a wether) who would lead the other sheep and give the shepherd a ready reckoner on the movements of the flock. In financial markets it just refers to a leading indicator.

Gold is currently suggesting that dark things may be afoot on the economic front.

After six years of relatively tame ‘sheepish’ price performance, gold has suddenly become a turbocharged ram on a motorbike, without a helmet. 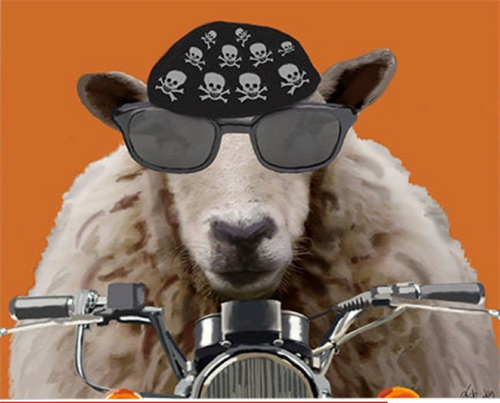 It is rushing headlong with little regard for technical resistance levels, with price action to make even Bitcoiners blush.

For most investors gold remains an anomaly - we are just 0.4% of global assets under management - but even for them, the gold price action must be some cause for alarm. The reality is that the confluence of investor and speculative activity in June saw the market bust the all-important $1360 level which had held rigid since 2014. It was the mother of all levels. Having effortlessly taken that out, gold strode purposefully through other levels including the $1400 psychological level with rank disregard.

Behind this was $4.3 billion in purchasing of the gold ETF in June, coupled with the net futures position rising in late April from a short 105 tonnes position to long 468 tonnes. So that is a gain of 573 tonnes in futures plus about 100 tonnes of ETFs… in a market which only produces 3345 tonnes. Significant.

Was it the indication of the policy reversal by the Fed, was it declining economic indicators such as the PMI’s, was it a correction in the US dollar … was it over $12 trillion in negatively yielding government bonds … was it Italy… or Iran - actually it does not matter. The reality is that the whole economic structure is currently looking vulnerable and that is about all you need to know in order to buy gold. Who cares what the first domino to fall looks like…

No one in the gold community is going to thank me for drawing a parallel between the gold market and a four-legged beast that has lost essential parts of its tackle … but the bell has rung … the ram has shifted course … it only remains to be seen if the sheeple will follow.