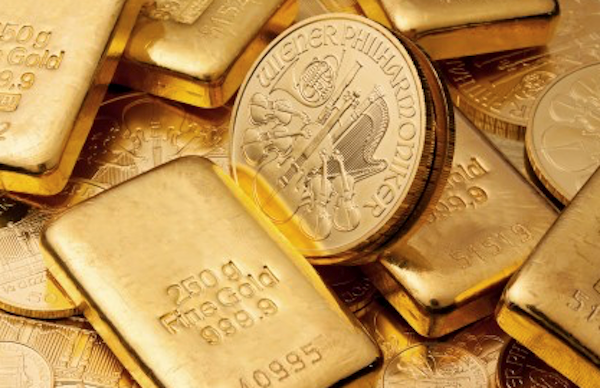 First introduced back in 1989 and minted by the Austrian Mint, the Austrian Philharmonic is named after the famous Vienna Philharmonic orchestra which provides the influence for the design seen on both sides of the coin.

Austria has a long and celebrated musical tradition, from such names as Schubert, Mozart and Beethoven all the way through to the modern iteration of the Vienna Philharmonic Orchestra.

The UK produces a wide array of sovereign bullion coins, Russia produces Roubles, the Ukraine makes the Hryvnia and the Austrian’s produce the wonderful Philharmonic, available in gold in several size options.

The Austrian Mint, much like its American counterpart, went public in 1989, so it must pay for itself. The gold Vienna Philharmonic came later in the same year, and by that time bullion coins like the Britannia, American Eagle, South African Krugerrand and the Canadian Maple had proved how popular bullion coins could be on an international stage and they were an excellent way for the Mint to stay in the black.

The coin was a popular choice immediately with collectors and investors and went on to become the best-selling gold bullion coin in the world in 1992, 1995 and 1996.

When the original Vienna Philharmonic gold bullion coin was introduced in 1989, it was released in both 1 oz and ¼ oz options. A 1/10 oz was released in 1991, and the ½ oz came a few years later in 1994. Although the coins have always been considered as legal tender, they were introduced before the Euro, which meant the original value of the 1 oz was 2000 Austrian Shillings; the coin now carries a €100 face value.

The Austrian Mint: A Brief History

The Austrian Mint is quite a character on the global stage, which sits perfectly with its rich history and tradition.

1194: The first coins minted in Vienna were reportedly forged in 1194 from the silver used as ransom to release Richard the Lionheart from Duke Leopold’s imprisonment. According to legend, Richard had previously disrespected Duke Leopold, so while Richard was travelling back through Europe from the Crusades, Leopold captured Richard.

1371: Any mention of the Vienna Mint can be first found in historical records dating back to 1371. The Mint moved around over the centuries but eventually settled into the Heumarkt in 1835, where it remains to this day.

1741: In 1741, the now world-famous Maria Theresa thaler was minted. When the empress passed in 1780, the thaler’s date was frozen and has remained so ever since.

WWI: After the First World War, when Austria became a republic, the Vienna Mint took sole charge of manufacturing the country’s coins, which is still the case today.

The Münze Österreich has been operating for more than eight centuries. In that time, the Austrian Mint has helped to set the standard for the refinement process and minting currency in Europe.

Depictions of the musical instruments feature on the obverse of this beautiful .9999 pure gold coin, and the Great Organ of the Golden Concert Hall can be seen on the reverse.

The detail of the pipe organ which sits in the Vienna Musikverein’s Golden Hall is exquisitely delicate. The instruments on the reverse show numerous instruments of the Vienna Philharmonic orchestra, including the horn, harp, bassoon, violins and the cello. Each 1 oz coin in 99.99% pure gold, weighing in at 31.10 grams, and both sides were developed by the chief Austrian Mint engraver Thomas Pesendorfer.

Unique commemorative coins have been released to mark anniversaries. Most notably, 2004’s ‘Big Phil’, of which only 15 were ever made. The 15th-anniversary coin of the series is made of 31 kilos of 99.99% pure gold, and with a face value of €100,000, this was the world’s biggest coin until the Royal Canadian million-dollar Maple Leaf coin released in 2007. A 20th anniversary coin was also created in 2009 and the one-twenty-fifth-ounce coins marked the 25th year in production.

As with all bullion investment coins, the physical purchase won’t incur VAT duty, however, because the Philharmonic isn’t UK legal tender, investments in these coins will incur Capital Gains Tax for UK based investors.

However, the coin is uniquely Austrian and showcases perhaps the best Orchestra in the world. The coin's popularity is also boosted whenever the Vienna Philharmonic plays in locations across the globe from sporting events to inaugurations.

The coin regularly goes toe-to-toe with other coins like the Krugerrand and the Maple Leaf for the most popular collector and investor coins in the world and holds a special place in the hearts of many.

We are committed to providing outstanding gold products at the most competitive prices on the market. For more information on golds coins, gold bullion or any of our other products give us a call on 0207 871 0532 or better yet, why not visit our London, St. James’ street showroom to chat to us in person?