The first week of January sees the release of a raft of forecasts and few are more prestigious than the gold forecast compiled by the London Bullion Market Association (LBMA) from leading bullion analysts.

The LBMA invites about 30 analysts to contribute their thoughts by providing a prediction of the expected price range, the average gold price for the year and some commentary about the key drivers of prices in the year ahead.

We are pleased to report that Sharps Pixley's CEO, Ross Norman, continues to hold the top slot with his consistently accurate bullion market forecasts, averaging a position of 7.27 since 2001 (among those who have submitted at least 5 forecasts).

More commonly, Ross' forecasts have been spectacularly good - or the opposite - which is perhaps the hallmark of his being a contrarian. "Buy on fear and sell on certainty" has been his guiding principle. 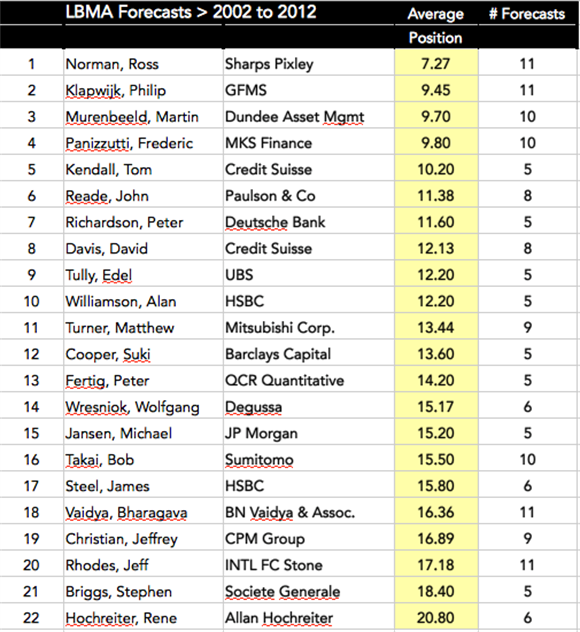 Forecasting is a treacherous business at the best of times but arguably more now than ever, as evidenced by stories of several leading hedge funds who have returned money to investors on the basis that markets are untradeable ; the rationale for this seems to be the excessively large impact that political decisions (which are themselves largely unpredictable) and by extension so is the impact on the economic outlook.

With the LBMA publishing forecasts for 2013 in the next couple of weeks, it promises to be closely scrutinized as ever. 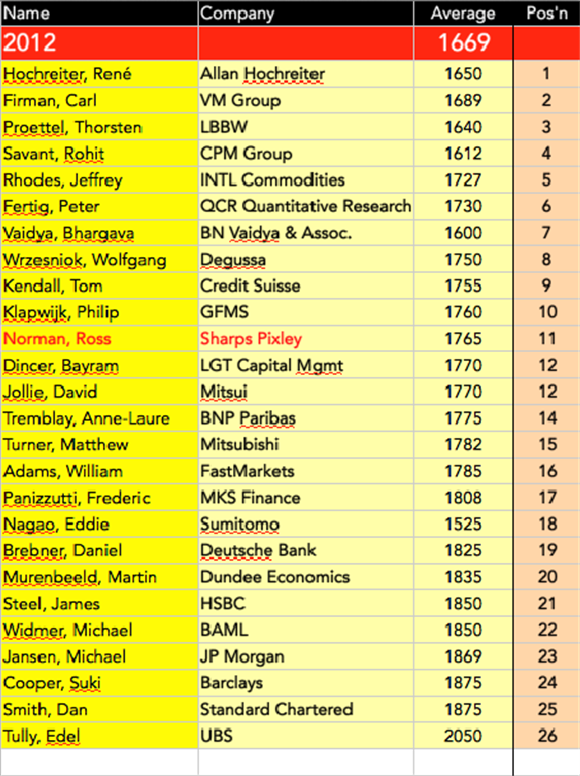 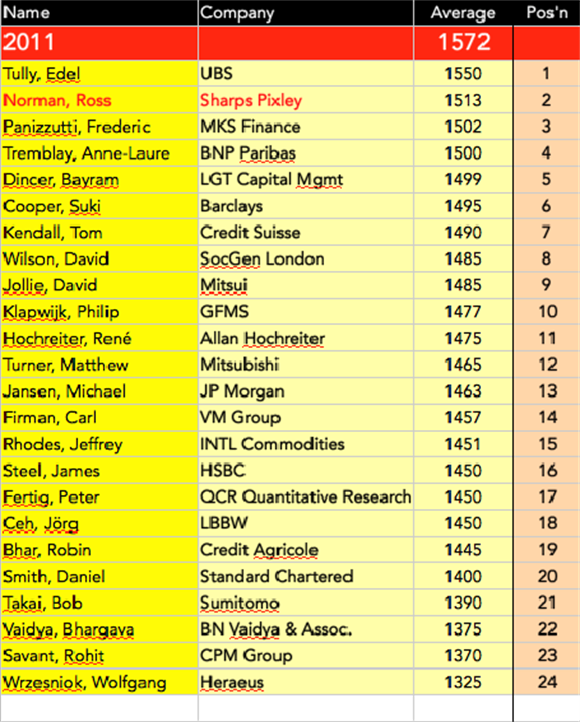 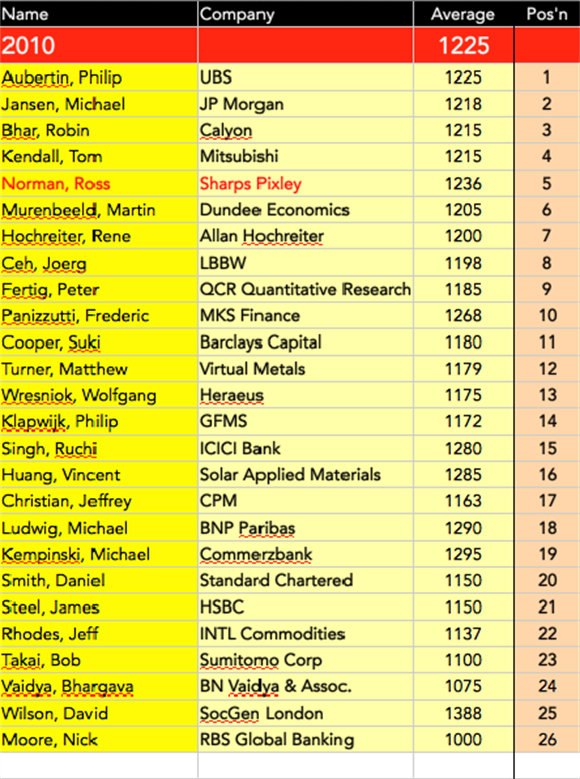 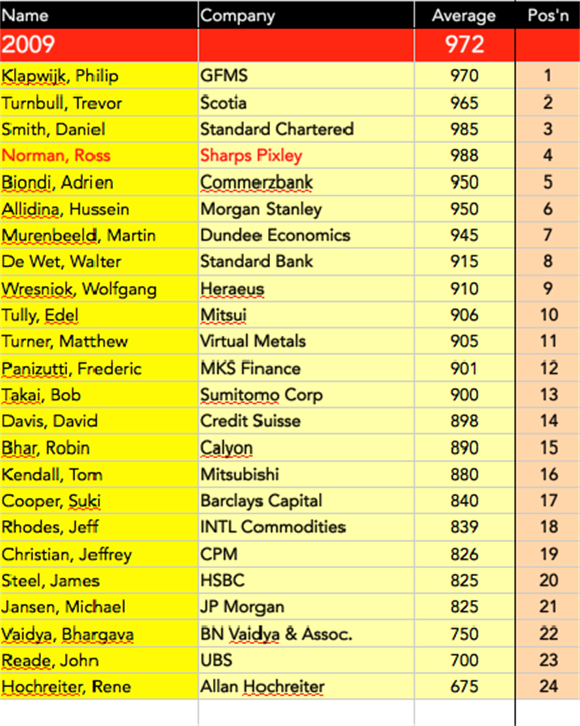 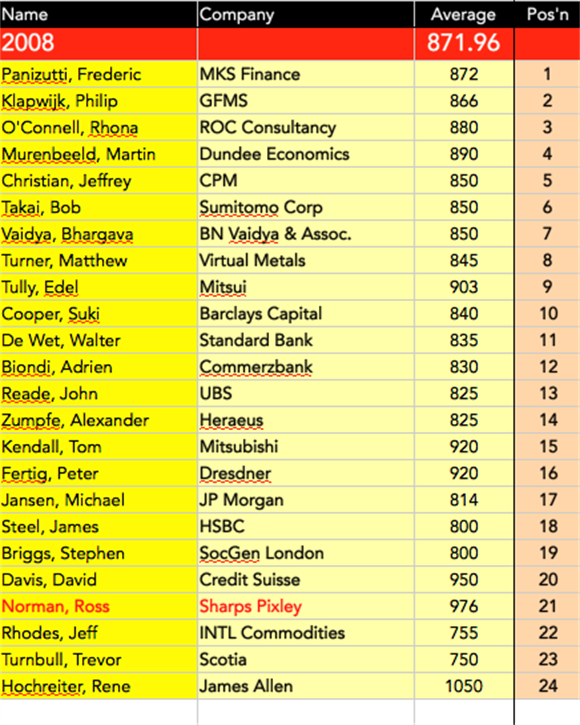 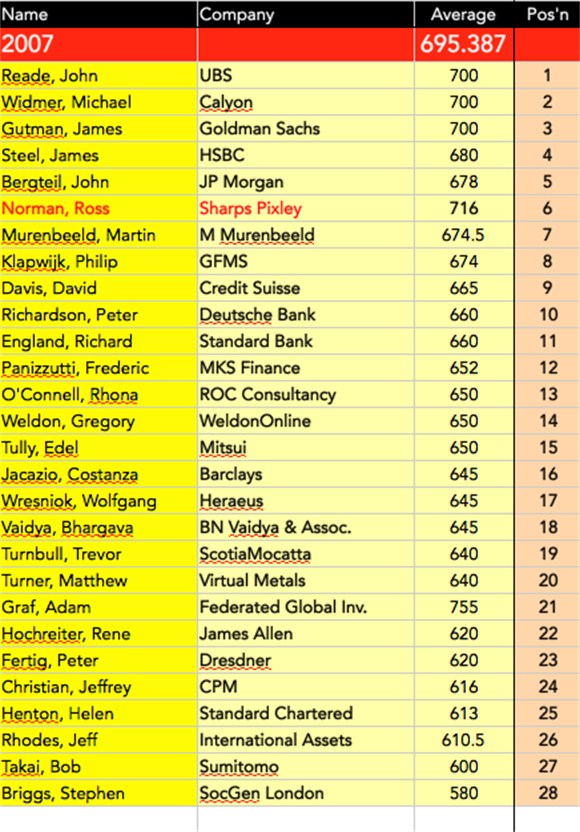 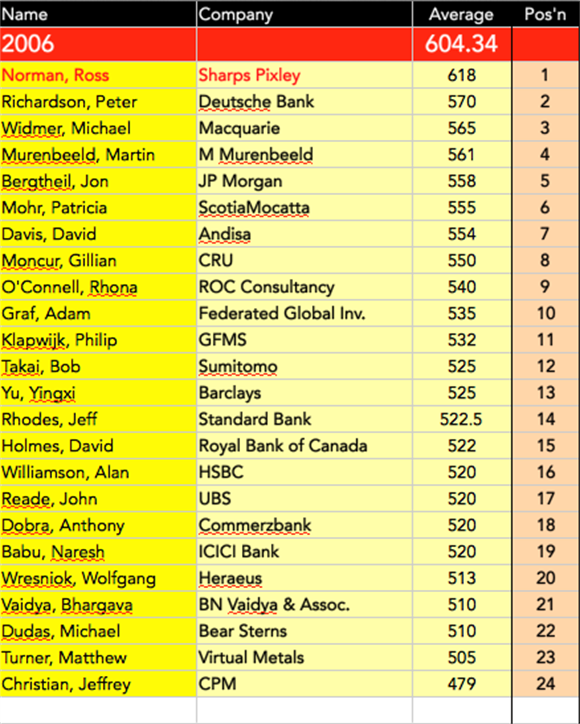 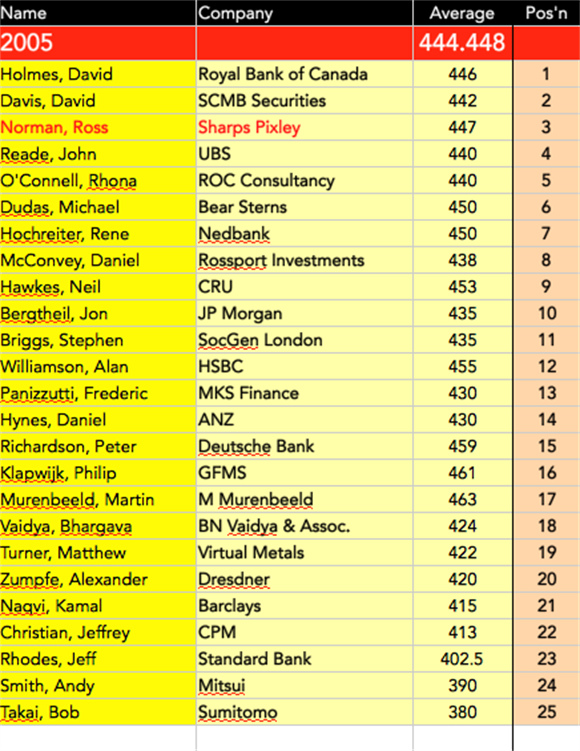 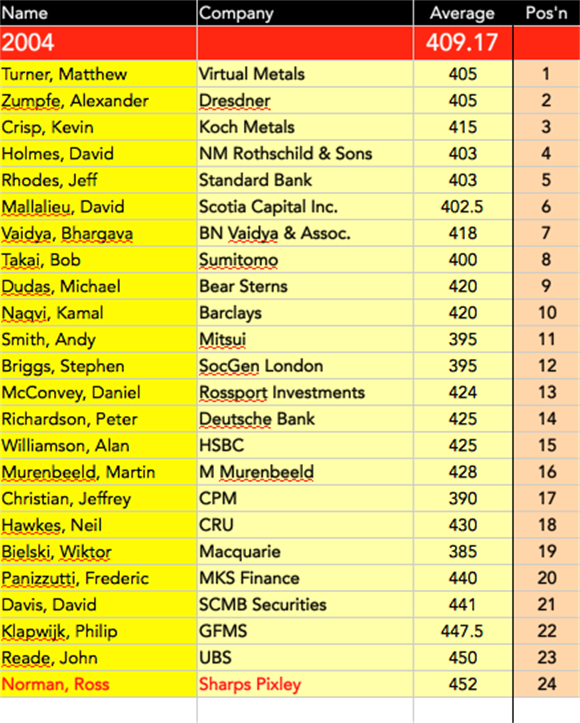 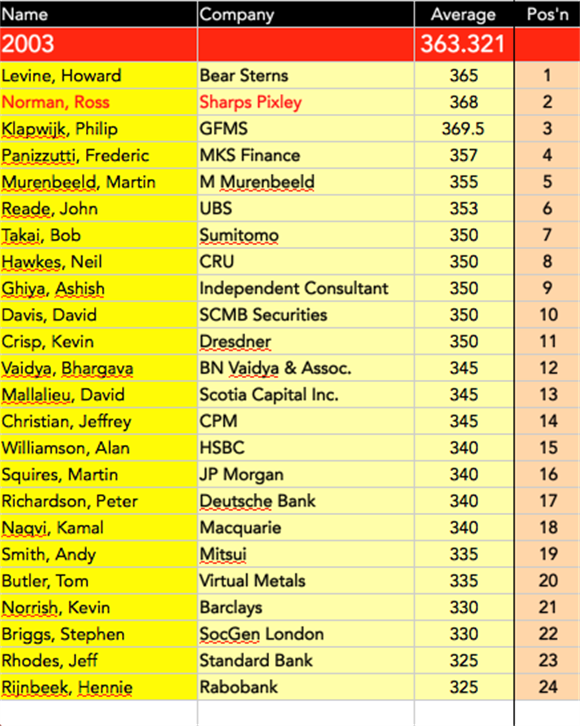 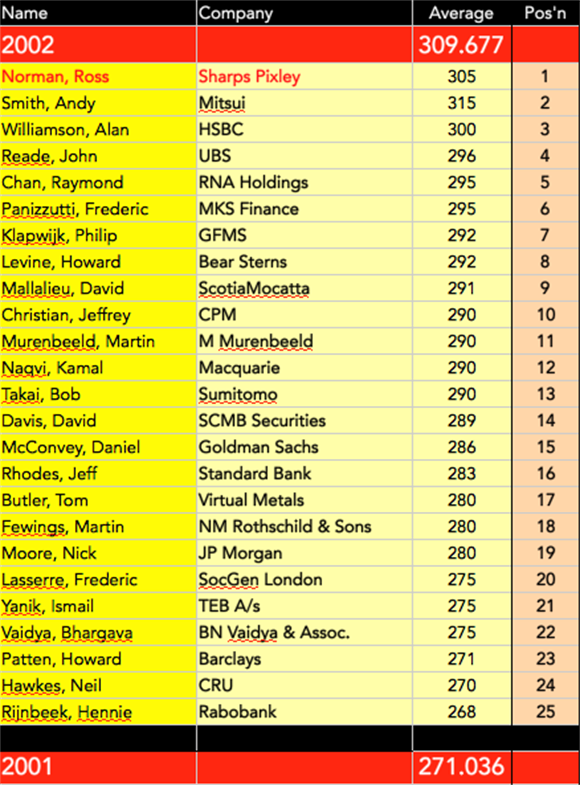